Place Waste Dissent has been out of print at Influx Press for a while now, but Hesterglock Press will be publishing an expanded 2nd edition, bringing together the original book and DIISONANCE collaborative work with artist Steve Ryan.

Thanks to Influx Press (Kit, Senya & editor Gary Budden) for taking a punt on the original book . . . Paul

A short documentary on the #diisonance project of exhibitions, events and workshop by Steve Ryan & paul hawkins. Filmed and edited by Mark van Klaveren for 612 media, it features Steve & paul talking about their past and putting their ghosts of Claremont Road to rest. It also features soundtrack excerpts from the short film, Blight by John Smith & Jocelyn Pook. 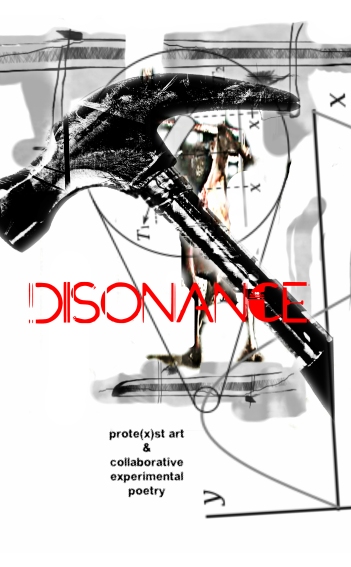 Published in a strictly limited edition paperback £9.55 + p&p
and a pc/laptop/mobile/tablet friendly pdf for £2.99.
Click here to buy diisonance. 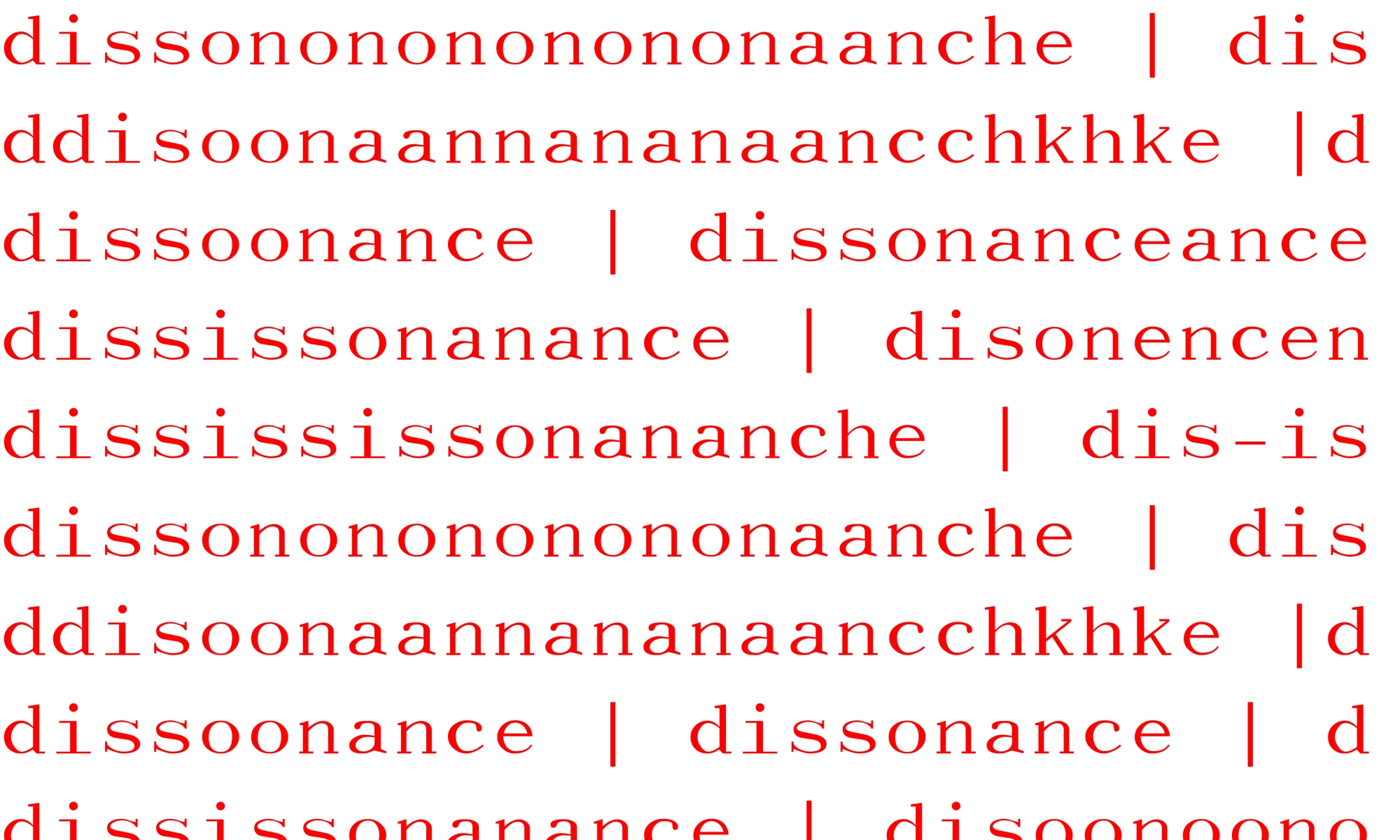 each image is in a ltd. edition of 5
A3 digitally colour printed
on 300gsm cotton white archival paper and framed 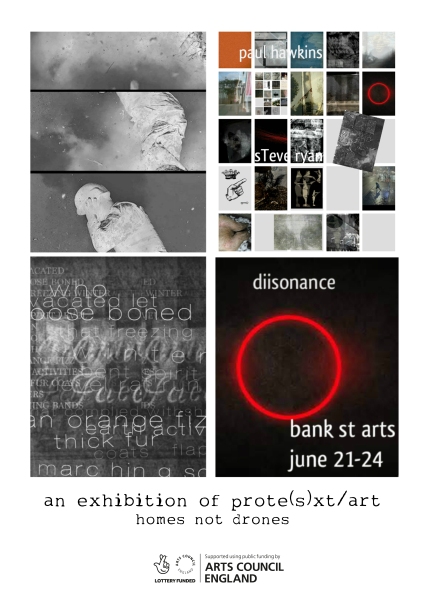 During a reading at The Square Club, Bristol on May 30, I tore out pages from Place Waste Dissent (Influx Press 2015) and gave them out to the audience as gifts, inviting everyone to read the text simultaneously from the page(s). 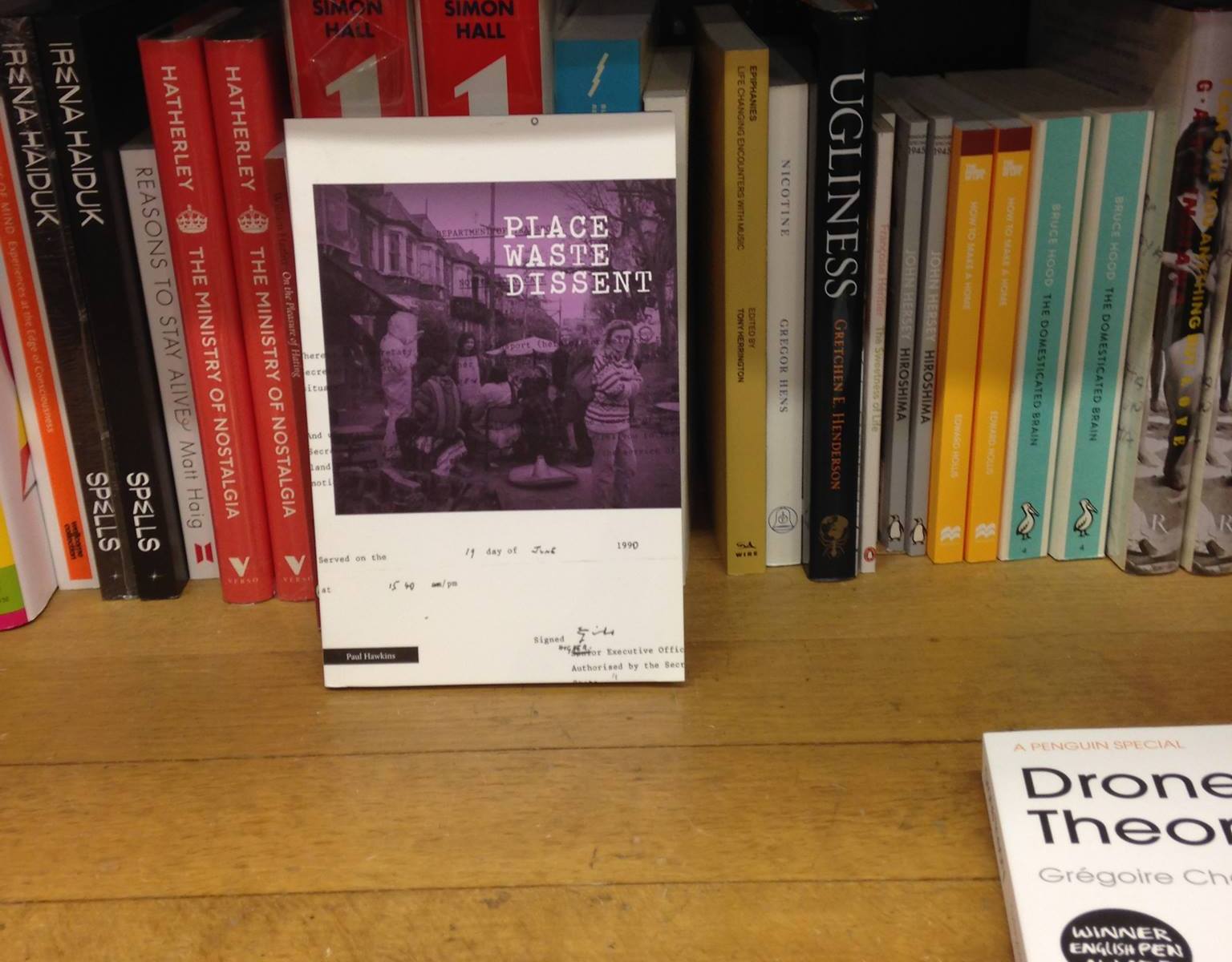 Great article/review by poet/publisher Miggy Angel over at Burning House Press. There’s also film of me reading from PWD at Speech Therapy in Nottingham last year.

Have a read here

Big thanks to you Miggy & BHP.

Having spent three years in the early 1990s occupying properties and protesting in Claremont Road, east London, in Place Waste Dissent poet Paul Hawkins maps the run-off, rackets and resistance along the route of the proposed M11 Link Road.
From Claremont Road to Cameron via surveillance culture and Occupy: transient-beta memory traces re-surfacing along the A12. This collection is an important reflection on a historic site of resistance, offering us illumination, ideas and inspiration for the future.